As one of the sustainability leaders in the metals and mining sector, Boliden clearly has a role to play in meeting the societal need for metals as sustainably as possible.

Boliden has created value from waste for many years. For example, being one of Europe’s largest recyclers of used lead-acid batteries, benefiting from decades-long resource-effective industrial synergies, and continuously finding new methods of creating value from our own waste materials.

How Boliden contributes to the circular economy for metals

Boliden plays a crucial role in enabling the recycling and reuse of society’s waste metals. Several of Boliden’s smelters are specially equipped to process complex waste metals into ‘new metals’ that can then be used to create new components and products.

The circular approach to resource management is particularly well suited to the mining and metals industry as many metals can be recycled repeatedly without losing their properties.

Boliden’s Rönnskär smelter in northern Sweden is one of the largest recyclers of scrapped electronic equipment in the world. The smelter annually recycles around 120,000 metric tons of waste material from electrical equipment, including circuit boards from computers and mobile phones. The waste material is sourced primarily from within Europe.

Boliden’s Bergsöe smelter in southern Sweden has been recycling used lead-acid car batteries since 1942, and currently recovers lead from 4 million batteries each year. The recycled lead is mainly sold to European battery manufacturers where it is used to produce both industrial and automotive batteries.

During 2019, a separation plant was installed at Bergsöe to recycle plastic battery casing, which is sold to industrial customers. The investment will avoid annuall emissions of around 10,000 metric tons CO₂ and has improved both safety and quality at Bergsöe.

Around 20% of the Boliden’s Odda smelter’s total zinc production is produced from secondary sources.

Boliden Odda also recycles Waelz Oxide filter powder, which is a residual material from the scrap steel recycling industry, to produce 15,000 to 20,000 metric tons of zinc each year. Waelz Oxide can have serious negative impacts on the environment if not properly processed.

The circular life of metals 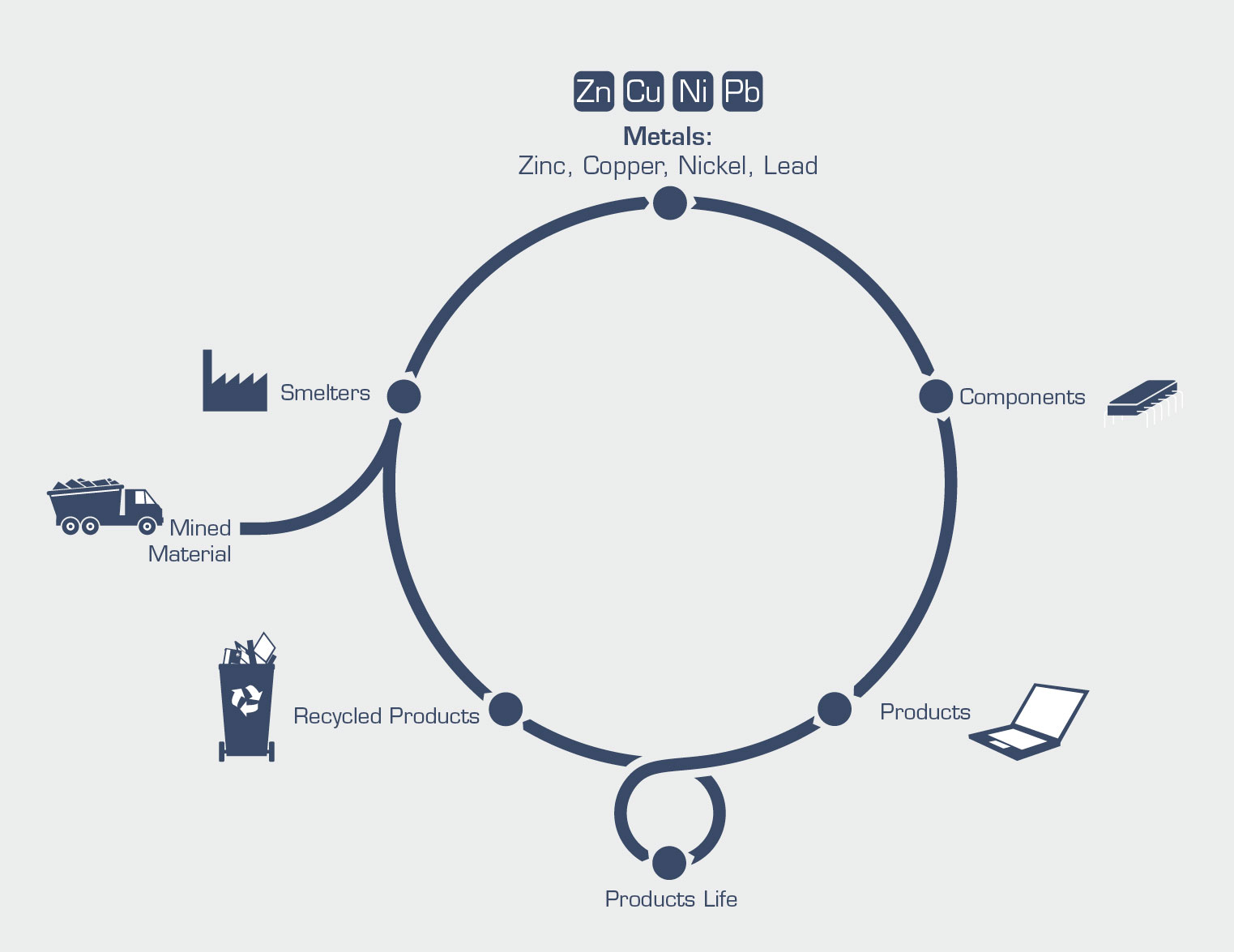